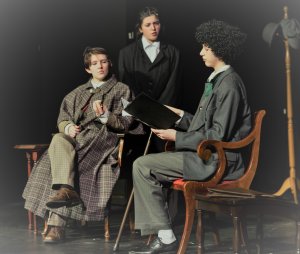 Students originally planned to put the play on in January, but a spike in COVID cases caused by the omicron variant made them press pause. While the delay was disappointing, students said they also appreciated the extra time to prepare.

“I know we’ve crunched before,” said senior Lorelei Hunsaker, who plays Sherlock Holmes. “But that would have been a very intense crunch those last two weeks of January, whereas now we have had more time to really prepare.”

Shows will run March 17-19 and March 24-26 at The Lair inside Battle Ground High School. All  performances start at 7:00 p.m., with doors opening half an hour before. The cost is $7 per person at the door, cash only. Mask usage is optional.

Ludwig wrote “Baskerville” to feature more than 40 characters played by just five actors. That explains why it’s a series of relatively short scenes with only a few people on stage at the same time to give the actors time to change costumes backstage. Henry said they’re not sticking with the five actor limitation. “We have a whole bunch of new drama students this year, and I wanted to make sure they all had a chance to be involved,” Henry said.

They also shook up the casting process somewhat by putting students in roles regardless of gender. Both Holmes and Watson are played by females. “I think that it’s more fun that way,” Henry said. “It opens it up to new opportunities and you see characters in a different light.”

Freshman Tahlia Maya plays Watson, who essentially acts as the show’s narrator. “In my scenes we stick pretty closely to the script, but we do play around a bit with the 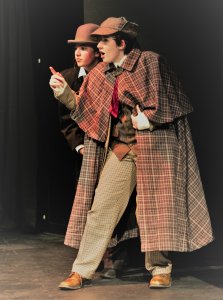 tone and the emotion of the moment, because it’s different every time.”

Sets are relatively sparse, often containing just a few pieces of furniture. That means the students behind the scenes controlling the lighting and sound play almost as integral a role as the actors on stage.

“A lot of the storytelling is set by the mood we create with the lights,” Henry said. “Because it’s fast-paced, the lights have to shift and change very quickly.”

Junior Danika Schnell plays Beryl Stapleton, the wife of the show’s central villain. This is her first year in drama, and she said it’s something she wishes she had done sooner. “Drama is a really fun, safe space. Everybody is really nice and cool.”

“This group is really special,” Henry said. “There are times I come in and don’t know if I have the energy to do this. Their energy just enthuses me and I’m like ‘Yes, this is great. This is what we’re supposed to be doing.’” 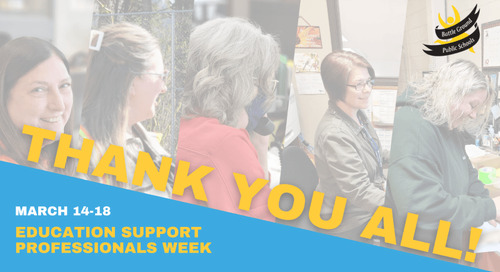 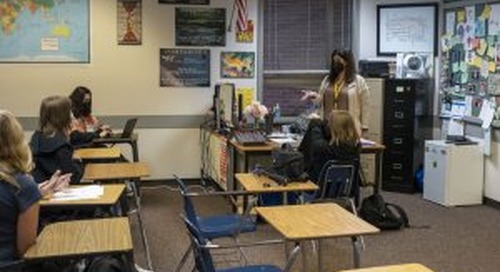 The post Summer trip to Poland a chance for BGHS teacher to gain perspective appeared first on Battle Groun... 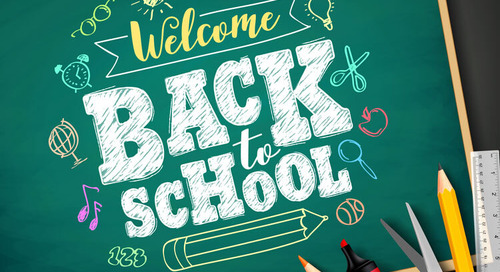 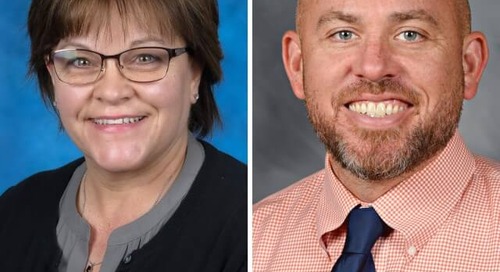 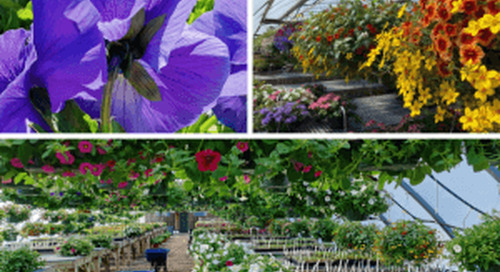 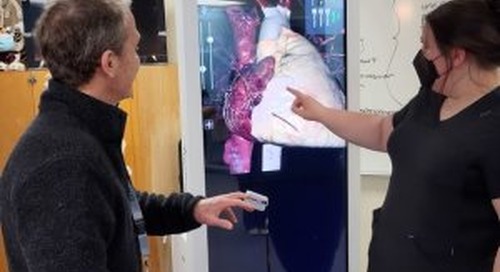 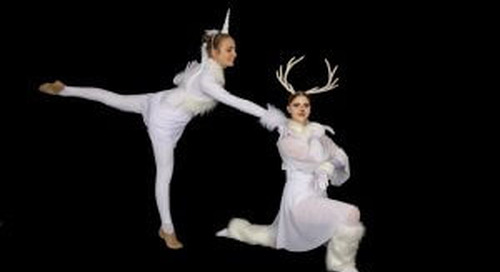